My friend Angela was murdered in July, 2017 this is in her honor. 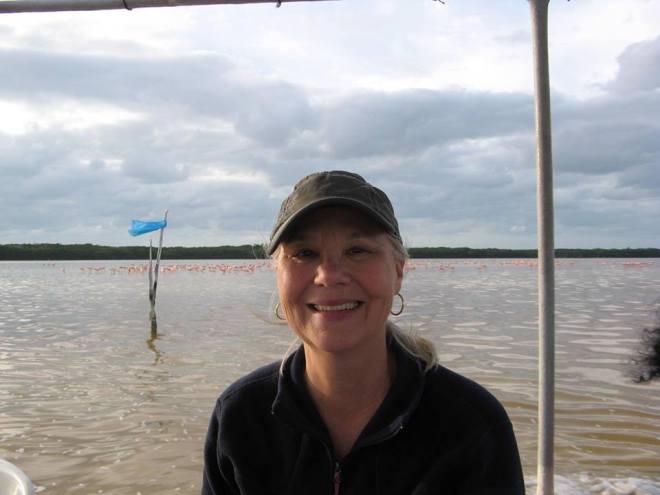 I’m not ready to say goodbye.  Thoughts of you whirl around, while I hike, lift one leg after another.  Yours can’t do that now.   You don’t see the scarlet tanager feed her fledgling.  You can’t inhale the incense cedar or delight in the shock of cold water in the Stuart River.  These ‘pleasures of the flesh’ moments that tick by, they validate life worth living. You’ve used your last second.

I visit your final moment, imagine it, obsess on it.  JB is here with me now, your old Bassett hound.  He makes me laugh, his comical body.  My neighbor thought we had adopted a seal, his bay is so strange. I wonder what he saw that night, what he did, what he knows. Did he try to help you?  Did he try to save you?  Trapped in his old, impossible body, did he do his best?  And did I? Did I push you hard enough, did I let convention and fear of impolite trespass stop me from insisting, from forcing you to act?  You said you were afraid.  That should have been enough.  That should have been the line I had to cross.  I comfort myself by saying, “No one could imagine that, no one could predict something so contrary to nature.”

But the world is full of proof.  Proof that the little hands created in our wombs can turn against us.  That darling, golden boy, ringlets and beautiful eyes, the little mouth that sucked at your breast and flapped his arms in delight when you entered the room – he became the devil, he made you afraid.  He slammed the doors, he stole your money, he refused to grow, to take flight, to leave.  Some broken wing in him brought him to that moment, to the second he picked up the knives and lunged; JB, a silent Bassett witness. How could that boy look into your gentle eyes, your fear, your small body and be filled with such anger, such vile violence.  How did it feel as the knife cut, the wounds adding up, one deadly cut after another, a slice here, an attack there, fifteen in all, from those hands your body created? Then your beautiful boy, your flesh, deserted you, as life pulsed from you.  JB by your side, I imagine him snuggling up, instinctively knowing, as that smell of death filled his nose.

And here we are, all left with nothing but milestones.  Last time I did this, I was with Angela.  Last time I had this wine…last time I heard this music, last time I talked to you… those pleasures of the flesh moments, the stream, the tanager, the cedar, are now diminished and filled with grief and regret – part of this life, my life. I’ll take care of JB for you, that is all I can think to do.